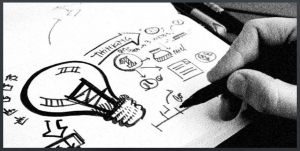 Most companies, both big and small, are finally taking a hint: they need a social media presence.

A Duke University study pegs spending on social media outlets at 9 per cent of most company’s marketing budgets. Based on the evolution of the industry and the quick-paced nature of channels such as Twitter and Facebook, that number is expected to jump to 21 per cent in the next five years.

Obviously the breakneck pace of social won’t be changing — if anything, it’s poised to accelerate in 2015. And some recent changes will change how companies should position their social strategy. Here are some trends that organizations should keep their eye on in the coming year.

Traditional wisdom has told us that more Facebook page Likes translates into a greater reach for content. While that used to be true, changes in Facebook’s algorithm over the last couple of years means that content is reaching fewer and fewer fans.

While a company may boast tens of thousands of Likes on its company Facebook page, the number of followers who are reached organically without any ad dollars has steadily crashed. According to a study from Social@Ogilvy, organic reach for Facebook posts on business pages had slowed to 6.15 per cent as of February 2014. And that number is set to plunge to a big, fat zero this year at the social network moves to change those configurations yet again so that users won’t see any unpaid content from company pages, based on a recent report from the Wall Street Journal.

So while your images may be striking and your content is brilliantly composed, companies who wish to be seen need to be ready to shell out some cash. Whether it be promoting your page, boosting posts, or running a full on ad campaign, organizations will need to work those ad dollars into their budgets this fiscal to get eyeballs on their content.

Back in November, TechCrunch announced that SnapChat was partnering with Square Cash to allow cash payments through a new feature titled “Snapcash.” Users can now hook up their debit cards to their account and type a dollar amount into the text feature to instantly send money to a SnapChat buddy.

And you can expect more social media outlets to take the dive into ecommerce as we move into 2015. Rumours are already circulating that the Facebook Messenger app contains a hidden payment option, so users can reasonably expect to see that feature emerge in the coming months.

Additionally, users can expect to see the rollout of Twitter and Facebook’s “buy” buttons in the coming year. These buttons will allow users to purchase items directly out of ads placed around the social network without ever leaving the site. And Twitter is testing a similar buying feature to cut out as many steps as possible between seeing a product in an ad and purchasing it.

This push from social channels into instant payments and cash transfers is all part of an overall rush into the mobile payment space. And this is potentially good news for retailers and companies in the ecommerce space. Many of the transfers sent through social media are either low cost or completely free, making this form of instant payment highly attractive. Compare that to credit card payments, which require a percentage on top of the cost of the transaction to be sent to the credit card company. That’s a lot of cost savings for companies.

The Rise of New Social Channels

We’ve seen social networks come and go. It was only a few years ago that MySpace ruled the roost when it came to social outlets. The space is constantly evolving and making way for new players.

In the light of increasing privacy issues and more obvious advertising on some of the major social platforms, some users are seeking alternatives for niche markets.

Some of the biggest newcomers to the scene include Ello, which claims to offer an ad-free space for users. Also keep an eye on Yik Yak, which offers anonymous posting for people in a close geographic area, and Tsu, which offers users revenue sharing on popular posts.

Marketing Strategy, Uncategorized No comments
ExhaleMarketingTrends that Will Change How Companies Use Social Media in 201501.16.2015

Ask Us About the Exhalarator

Our automation stack - customized for your business 519-955-1355
Exhale@exhalemarketing.com